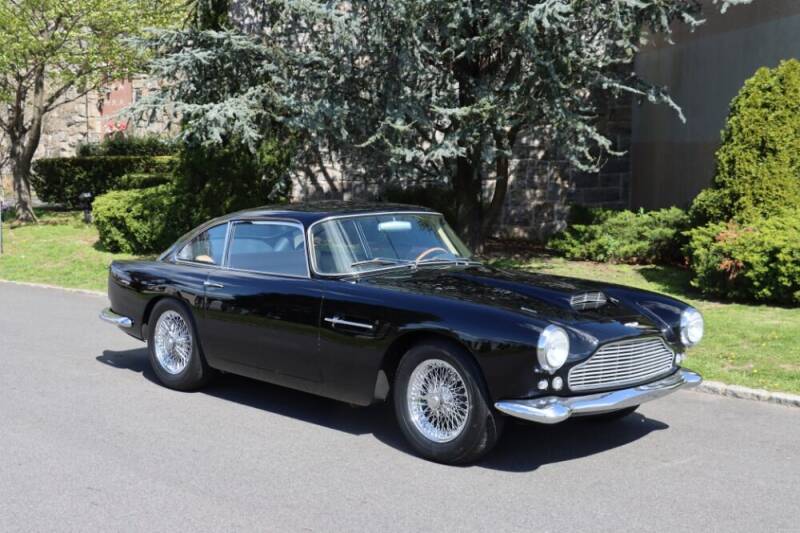 Factory Black 1962 Aston Martin DB4 Series II Sports Saloon Left-Hand Drive with Coachwork by Touring: Matching NumbersThis stunning 1962 Aston Martin DB4 Series II Sports Saloon LHD is an extremely rare and desirable factory black example with matching numbers. According to a copy of the original factory build record on file, DB4 chassis number DB4/589/L was delivered new in California on October 30, 1961. Finished in the seldom seen combo of Black over Fawn Connolly hides with chromed wheels, white wall tires, a Motorola 606 radio, and a 17-inch steering wheel. The chassis and body plates are original, and the original, matching-numbers engine remains in the car. It starts right up, runs, and drives excellent. The Aston spent much of its life in sunny California with collector Bill Lynch. It is reported that at the turn of the century, the car was restored including a bare metal repaint and interior retrim in the original colors. In 2003 the car made its way to the east coast for the first time. It was reported to have been mechanically serviced prior to the previous owner's acquisition in January of 2010. The DB4 Series II remains one of the most desirable iterations of the celebrated Aston Martin model, featuring the 'cathedral style' tail lights, tall bonnet scoop and original front grill design, and this factory black left-drive example is not to be overlooked by any collector or enthusiast of the marque. COACHWORK BY TOURINGCHASSIS NO. DB4/589/LENGINE NO. 370/565 Original Factory Black, left hand drive example Retains the original, matching numbers engine Long time California car Documented by copies of factory recordsPrice: $489,500