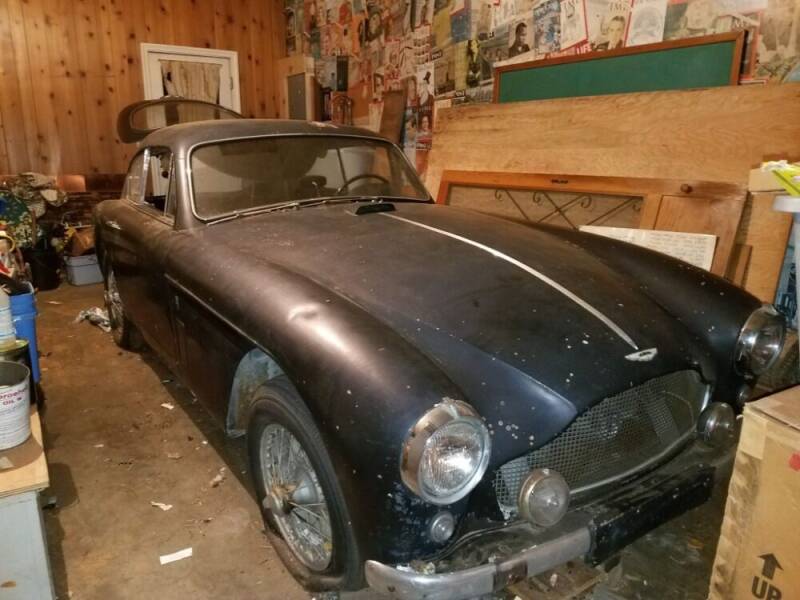 1957 Aston Martin DB Mark III Left-Hand Drive with Matching Numbers: One of 551 ProducedThis 1957 Aston Martin DB Mark III Left-Hand Drive is the ideal matching numbers restoration candidate. This LHD saloon was originally delivered to the first owner in New York. The previous owner's father purchased it in 1968 and it was last registered for road use in the mid-1970s. The previous owner took possession after his fathers passing in 2019. The car wears faded black paint and the interior is partially disassembled with the front seats missing. This DB Mark III is offered with a copy of its factory order sheet which lists factory colors and identification numbers as well as delivery to New York when new. This example was originally finished in Moonbeam Grey and was reportedly refinished in black decades ago. The engine has reportedly not been started since the 1970s and the engine stamping reads DBA/933 which corresponds to the engine number listed on the chassis identification plate and the factory order sheet. An extremely desirable and collectible Mk III in factory left-hand drive form. One of 551 Produced and matching numbers. The perfect car to restore. Rare and Collectible DB Mark III Factory Left-Hand Drive Originally Delivered in New York Matching Numbers One of Only 551 Produced Offered with its Factory Build Sheet